It's Hallowe'en 2012 and I'm so glad that Henry and I chose one of the most iconic figures in horror to kick off The Mystery Cave: Freddy Krueger! The characters we choose to interpret here certainly won't always be horror ones, but today it's fitting. I've always liked Freddy a whole lot - not only is he a truly disturbing character who is capable of killing you in your dreams (I mean, there's no escape from such an insidious trap! Everybody's gotta sleep sooner or later!), but he always does it with flair, humour and whole lot of imagination too. A killer with gusto and a great sweater.

And, does he have some kind of extra power to make the adults of any given household just totally zone out or what? He must draw his strength from the powerful imaginations of the young, because the adults of his world just do not get it. When I was a young fan of the Nightmare On Elm Street movies, the obliviousness of the adults while their kids struggled with something that only they could see appealed to me very strongly, and it's an aspect of that world that I definitely wanted to capture in this image.

(If you'd like to see the image more closely, click then right-click, then 'View Image' to zoom in.) 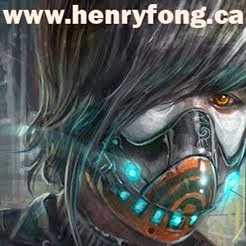 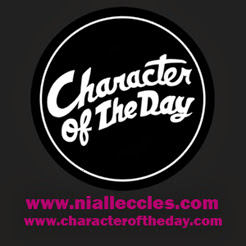